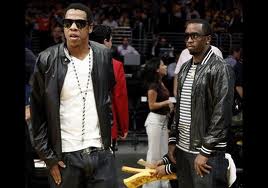 Ever since I can remember, I’ve loved History. It did help that my teachers in middle and high school were awesome; however, I’ve always been drawn to knowing the background, the foundation, or the origin of a thing. It’s a love and an appreciation that I hope my sons acquire.  I think I’ve done a pretty good job with their exposure to culture and all things musical; I should say I thought I exposed them to all things musical. Early one evening, I would learn that not only was the above not true, but that I had forgotten to expose them to one of the most significant contributors to music, hip hop, and pop culture.
I had just arrived from work when I encounter my “daddy” scream greetings by the boys. I thought to myself about how much I loved the love they showed me. There is nothing like a “daddy” scream greeting.  I was especially excited to hear my oldest scream.  A few months back, he got “cool”on me. You know the cool. It’s the one that doesn’t like his clothes. The cool that needs “Jordans” to wear, not just any Nikes will do. (Jordan’s were purchased only because he’s a great student and gives us no problems; otherwise, he would be wearing whatever Nikes were on sale.) I make it to the kitchen table and dropped my briefcase right before I was tackled by these jackals.  With one of each leg, I managed to make it to the stairs; from there, my room to change into my old sweats and a t-shirt. Once downstairs, I started talking to the boys about their day. It's something we do routinely so I wasn’t ready from what happened next.
We had finished talking about their days, and because they are such thoughtful boys, they both ask me about my day, kinds sort of. My oldest actually asked, and my youngest just echoes, or copies him. It’s the funniest dynamic sometimes, but I do feel bad for my oldest son because it’s “hella” annoying. I started telling them about my day, and about how busy I was all afternoon. Then I said that the best part of my day was getting in the car and listening to some good old 90’s rap music. Then it happened. The thing that would make my world stop. It's the thing that caused my heart to palpitate, my limbs to shake, and question the validity of me calling myself, a brutha, a homeboy, a black man. My sons, my poor sheltered uncultured sons, because of their slack father, asked, “What’s rap music?” What do you mean what’s rap music? Then my convulsions started. I screamed and kicked, and howled in disbelief. My wife looked at me and smiled that devilish smile that could mean something else in a different situation after 8PM, but I knew how to apply it here. Oh hell no; have I been talking about jazz, instruments, and showing photos to much that I forgot to talk about rap music? How in the hell does this happen?
I immediately grabbed them both by the hands and marched them to the office where the holy grail of all things musical rest. I was giddy as I loaded my iTunes account and my catalog of 7800 songs popped up. They were amazed, and danced as I went through the history of rap via song. We break-danced, cabbage patched, reeboked, and roger rabbit through the Sugar Hill Gang, Kool Moe D, Whodini, Big Daddy Kane, Chubb Rock, Run DMC, and Special Ed,to name a few. We then Prepped, Tootsie rolled, Mike Tysoned, and whopped to LLCool J, Queen Latifah, MC Lyte, Rakim, Jazzy Jeff and the Fresh Prince, and Nice and Smooth. With sweat dripping from my brow and an ache setting in on thirty something knees, I looked down at the screen and it was 30 minutes passed their bedtime, but it didn’t matter. This history lesson was too important to cut short; they were learning and having fun.
We finally managed to move our “soul train line” in the direction of their beds. And they were still dancing and wiggling as I tucked them in. They both told me that they enjoyed the songs and were happy to know how to rap. I was feeling good about myself; I just gave my boys the foundation of their “street credit”, I thought. “Daddy”, Reynolds said. “Yes?”I replied. “Those were the best songs ever; but the best one was…”, and he began to sing Ice Ice Baby! What? Ice Ice Baby? “Lord, what are you doing to me?” I screamed inside. I had to fight my inner man, and he was mad too.  I had spent an hour playing and dancing to some of the best rap music ever made with this boy, and he tells me out of all of that he loved “ice ice baby”? I prayed that my brother and none of my friends ever finds out because I wouldn’t be able to hold my head up, or even enter the barbershop. The boys don’t know yet, but “Young’s Rap Summer Camp”starts in three weeks. It’s indoctrination time!
Posted by "Drile" at 11:18 AM No comments: